A Hall of Wonder 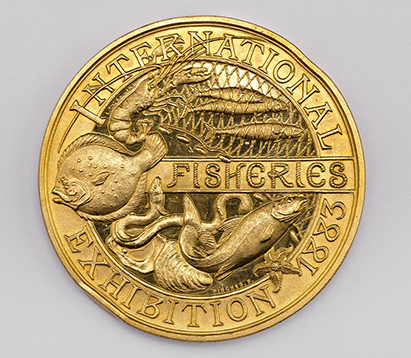 In 1857 when Dr. Bhau Daji Lad and Dr. George Birdwood were trying to persuade a group of merchants and eminent citizens to contribute to the establishment of a new Museum in the then Bombay, Dr. Birdwood presented the proposal as ‘A Hall of Wonder (the Museum) in a Garden of Delight (the Botanical Garden).’

Museums began as ‘cabinets of curiosities’, repositories for objects collected during the Age of Discovery when the New World was being discovered in the 17th and 18th centuries. In India, museums evolved with the interest and curiosity of the British in the 18th and 19th centuries who now ruled over large swathes of land.  Raw and ‘economic’ products of the land as merchandise for trade was the main objective of the intensive documentation undertaken by the British Empire in India. At the Great Exhibition, held in London in 1851, India was given pride of place as the Crown Jewel to showcase the sophisticated handicrafts of the country and find new, international clientele for these. International exhibitions across Europe and America presented Indian ‘courts’ with sumptuous displays of the famed blackwood furniture, fine silverware, ornamental pottery, rich textiles and carpets, jewelry, and metalware.

Awed by the architectural and cultural wealth of the country, its great craftsmanship, and exotic flora and fauna, the British established museums across the country which became the most effective medium of visual instruction both for the local populace and for the many international visitors. These museums were not only archives for the study of objects but also places where merchants could examine samples of products or ‘specimens’ for export and trade. To serve the commercial objectives of the Empire in India, art schools were set up in conjunction with museums across various Presidencies with the aim to improve craftsmanship as well as to encourage innovation in design. The complex Indian society and the lifestyles of different social groups also became an important subject to be documented and studied by the Empire through the collections of the early museums.

Museums today do not just showcase objects as they did in the 19 th century but engage their audiences in meaningful exchanges. Visitors not only peek into the past but are encouraged to reflect on contemporary issues through a historic lens and contemplate the future. Contemporary museums are a true ‘cultural commons’ with a mission to serve their community and be a safe space for critical thought and creativity. The exhibition ‘A Hall of Wonder’ addresses the sense of wonderment that museums evoke while asking visitors to consider the many possible future museums as we celebrate 150 years of the Dr. Bhau Daji Lad Museum.