In collaboration with Embassy of Mexico to India 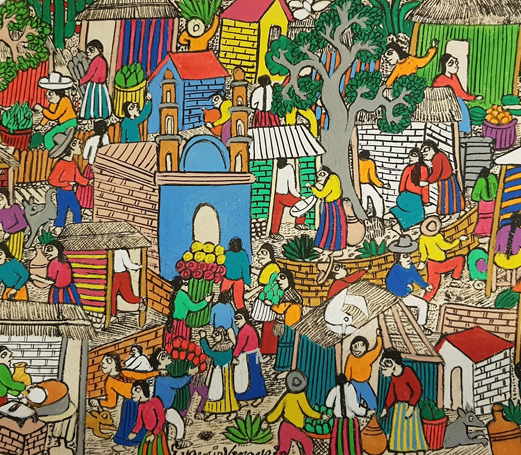 This exhibition showcases Mexican Folk Art crafted on Amate, a type of traditional bark paper. The Amate Paper from the Nahuatl word ámatl dates back to pre-Hispanic times in Mexico. Its production as a commercial craftwork started due to the merging of two indigenous traditions: the Otomi people, who manufacture the bark paper and the Nahua people, who decorate it.

The Amate paper is made in a traditional manner, which involves the crushing of bark from white and red Jonote trees. The resulting pulp is subsequently boiled in limewater. The outcome is a vegetable fibrous sheet of colors ranging from dark brown to yellow. During the pre-Hispanic period, Amate was used for different purposes: such as ritual offerings, payment of tribute and as a surface for the elaboration of codices. During the Spanish conquest Amate production was banned, yet some indigenous groups continued with its elaboration and distribution.

In contemporary Mexico, Amate can be found as a form of handcraft, which in turn fosters tourism in the Otomi Community of San Pablito, Puebla. The Otomi people sell the Amate paper to the Nahua Community in the state of Guerrero, where the artisans skilfully paint it using bright colours.