In collaboration with Delhi Art Gallery 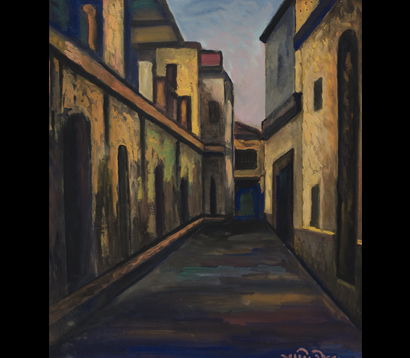 Nine artists find special mention in India as ‘art treasures, having regard to their artistic and aesthetic value’, a directive by the Archaeological Survey of India in the 1970s. Spanning a period of one hundred years of art practice, these artists represent a diversity of art traditions and movements but unified by one common thread: a return to Indian roots through context, theme, subject and an engagement with identity.

India’s art tradition had been rendered subservient to a Western-oriented approach as taught in the art schools from the mid-nineteenth century onwards. Artists adopted it to contextualise, first, her own history and mythology, and then localise it in a vernacular that found recognition and empathy among its Indian viewers. It addressed and paralleled, to an extent, the freedom movement, and images were co-opted by freedom fighters in an attempt to create visual icons that unified them under a pan-national banner.

While the precursors of the nationalist movement created recognisable imagery based on the past, their most important distinction was to celebrate India’s rural resilience and countryside. The subaltern came to occupy a significant part of their work, and resulting images came to be associated with the freedom movement as well as India’s civilisational position and aspiration at the start of the twentieth century. This historic exhibition traverses the distinctive works undertaken by these nine artists, the common strands that bind them as well as the differences that set them apart from each other.