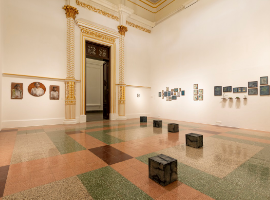 ‘Mindful Circulation’ engages 'the museum' as a central site of knowledge that shapes societies. It is a curatorial experiment in poetic knowledge production about colonial histories through contemporary art. The featured artworks poetically relate phenomena from the colonial past to contemporary cultural production.

The exhibition includes artists from India, Indonesia and the Netherlands. While the cultural connections between India and Indonesia seem obvious in both countries’ names and because of their geographical proximity, the historical ties to the Netherlands become clearer only when we recall that the Dutch East India Company (Vereenigde Oost-Indische Compagnie, or VOC) was active in India and Indonesia from the early 17th century. Over the course of time, the Dutch established a state system in the Indonesian archipelago called the Dutch East Indies. In 1945, Indonesian nationalists declared the independence of the Republic of Indonesia. ‘Mindful Circulations’ connects the economic and cultural phenomena of the past to our shared global culture.

Kerstin Winking is an independent curator from the Netherlands. She has previously worked with the Stedelijk Museum, Amsterdam and on several projects in the Netherlands and Europe.
This exhibition is supported by the Dutch Culture / Shared Cultural Heritage, Mondriaan Fund and The Krishna Reddy Foundation. 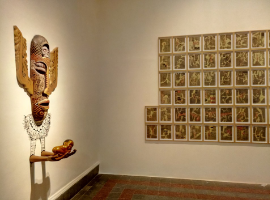 Walkthrough of the exhibition ‘Mindful Circulations’

‘Mindful Circulations’ is a curatorial experiment about colonial histories through contemporary art, featuring artists from India, Indonesia and the Netherlands. While connections between India and Indonesia seem obvious, the historical ties to the Netherlands become clearer when we remember that the Dutch East India Company was active in India and Indonesia from the early 17th century. Explore how this exhibition relates phenomena from the colonial past to contemporary cultural production. 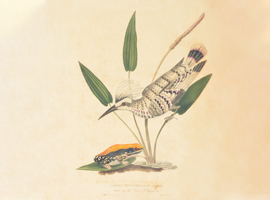 Have you ever heard of the Indonesian bird-of-paradise? These endangered birds were hunted in the 19th century for its beautiful feathers and now have lost their homes due to the destruction of forests. Join Katie Bagli for a storytelling session on birds of a bygone era. Learn the reasons behind their extinction and what we can do to protect existing species. 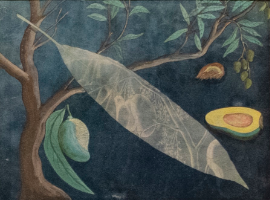 Inspired by the exhibition 'Mindful Circulations'

Inspired by this work, Sherline Pimenta will share more about the history of everyone's favourite fruit. Join us and trace the evolution of the mango over the years and explore the variety of mangoes available in India. This session is all about Mango Mazza! 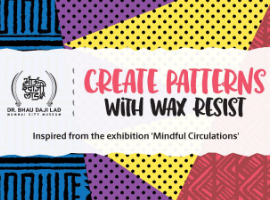 Inspired by artist Willem de Rooij's works, on view as part of the ongoing exhibition 'Mindful Circulations', the workshop explores the history of Indonesian Batik and how it found its way to the market of West Africa through Dutch trade in the 19th century.

Learn about the importance of this technique as well as the vibrant designs of Indonesian and African textiles. Create your own patterns with wax crayons inspired from this !! 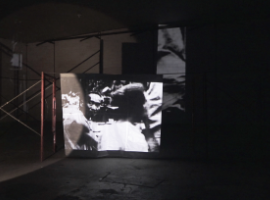 Widasari’s work is generally characterized by a strong interest in historiography, storytelling, and power relations within discourse. 'Ones Who Look At The Presence' is part of an on-going art project by Otty Widasari. In this video performance, Widasari constructs a projection screen and presents fragments from colonial film archives.