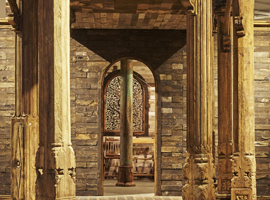 Shoonya Ghar will be on display for the first time in Mumbai.

Who is asleep and who is awake in this city, this home, this settlement, and this fortress of nothingness? Sudarshan’s exhibition ‘Shoonya Ghar’ is titled after a poetic work by 12th century poet Gorakhnath who also influenced his celebrated successor Kabir. The exhibition features a large scale multimedia installation piece that draws on sculpture, found objects and film. The sculptural piece in the outdoor plaza is constructed like an architectural set, while the film involves building and construction of the set alongside characters enacting scenes in which dramatic action mobilizes conventions of representing birth, death, dance, play and violence in local traditions of story-telling. Thus the set becomes the mise-en-scene for viewing the film.

The film reflects on the construction of the set or the stage, musical score and performance, and the viewer is offered these components in various states of construction and has the opportunity to put these modular pieces together in constructing a narrative that may draw upon their experience, imagination and history. 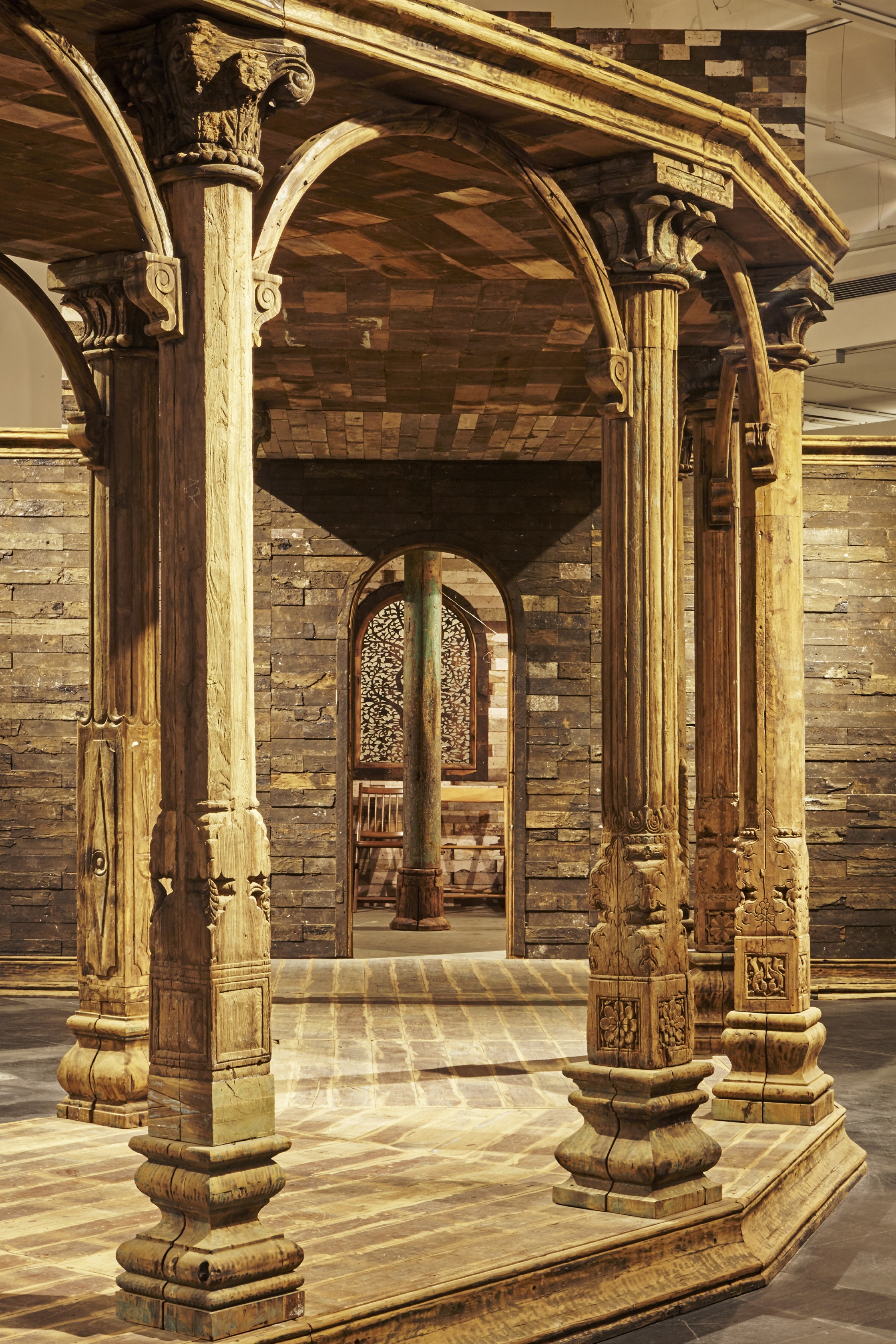 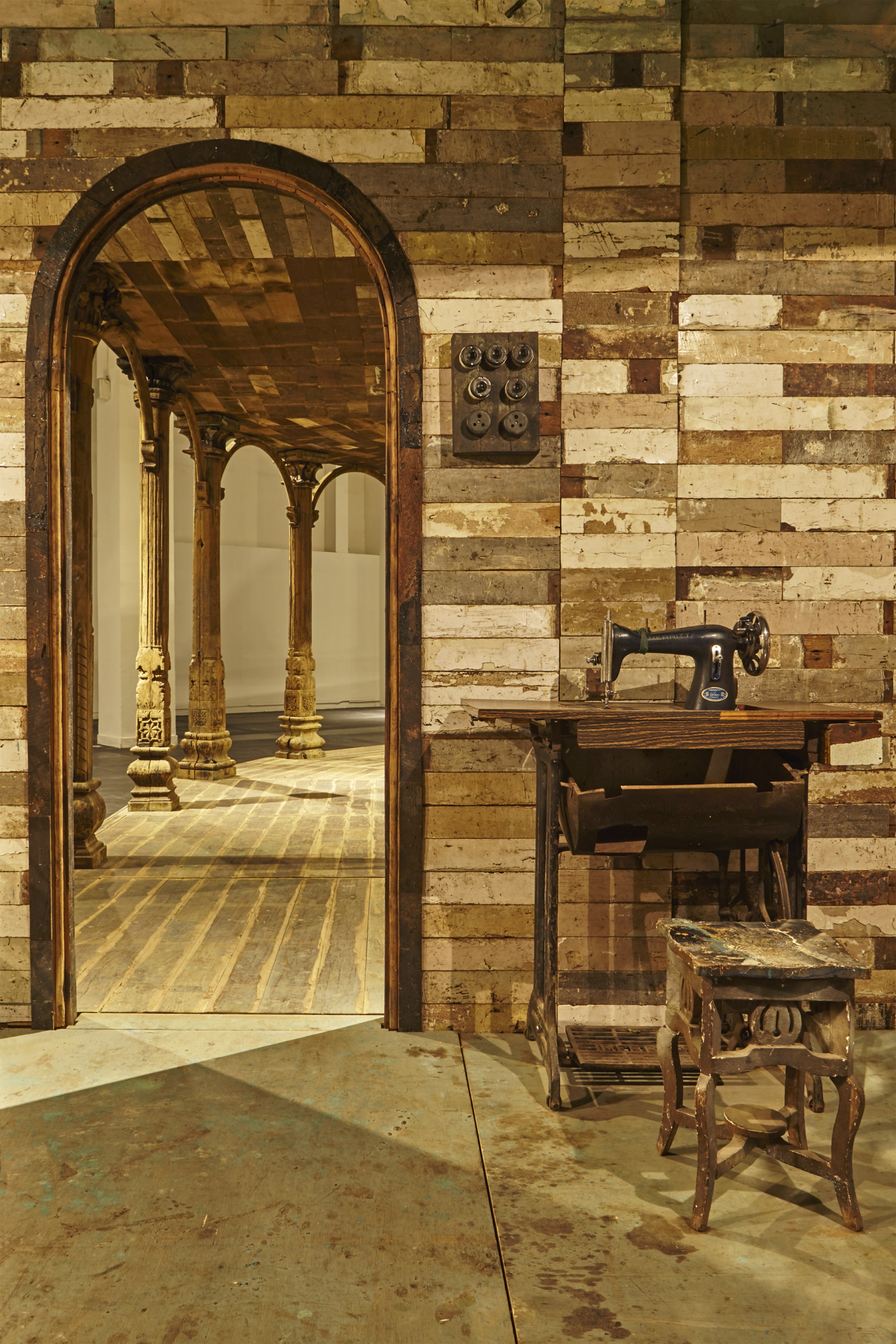 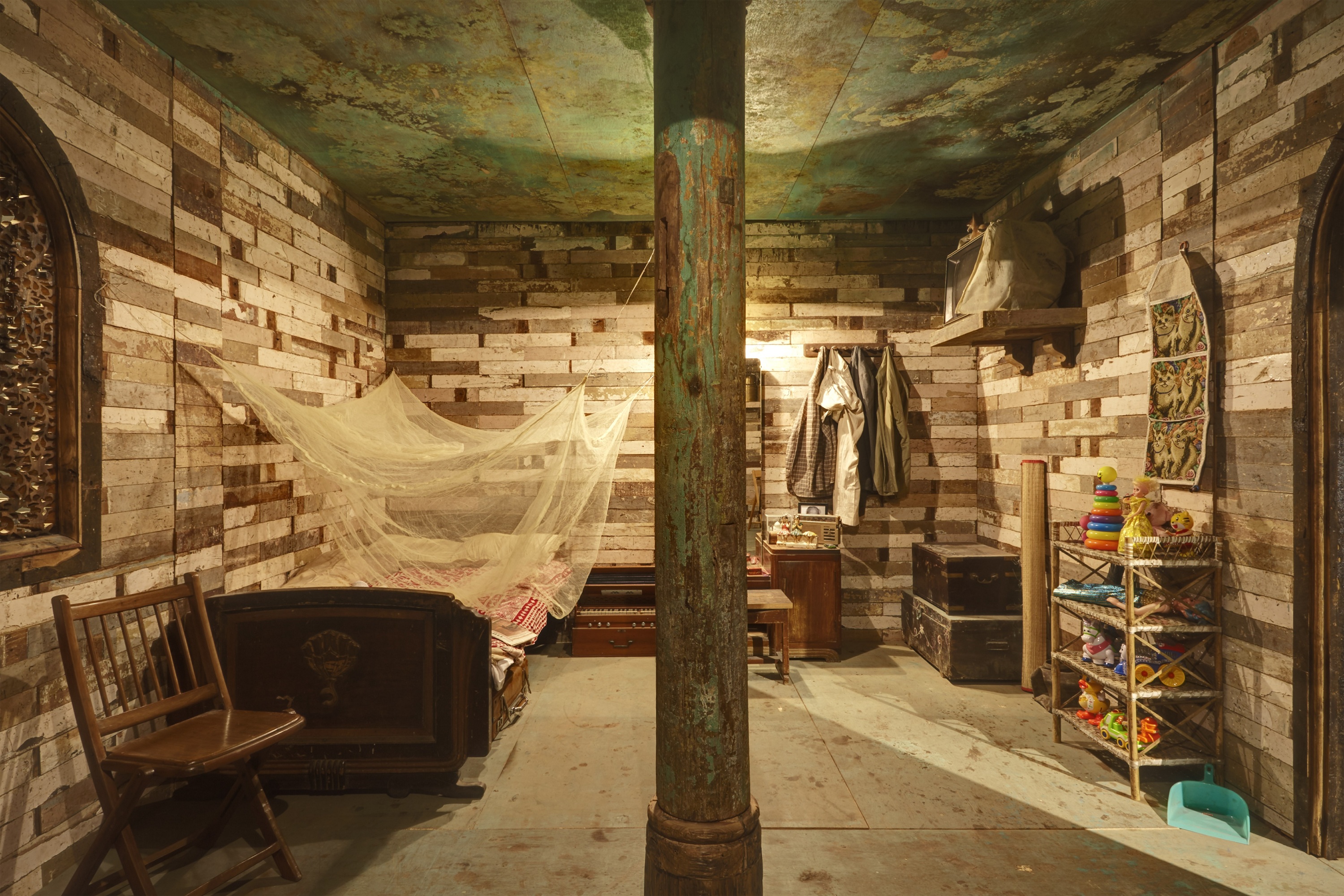 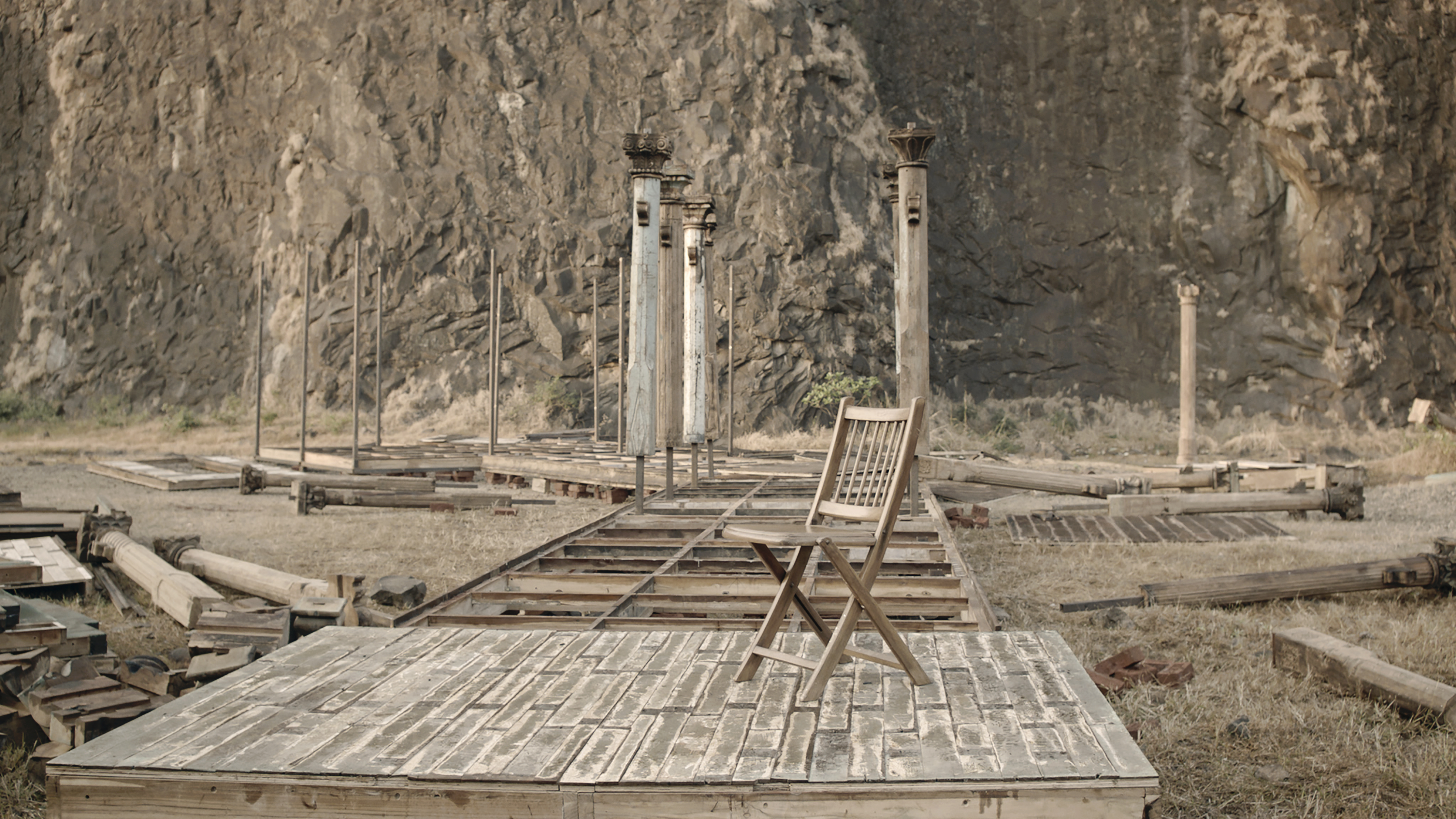 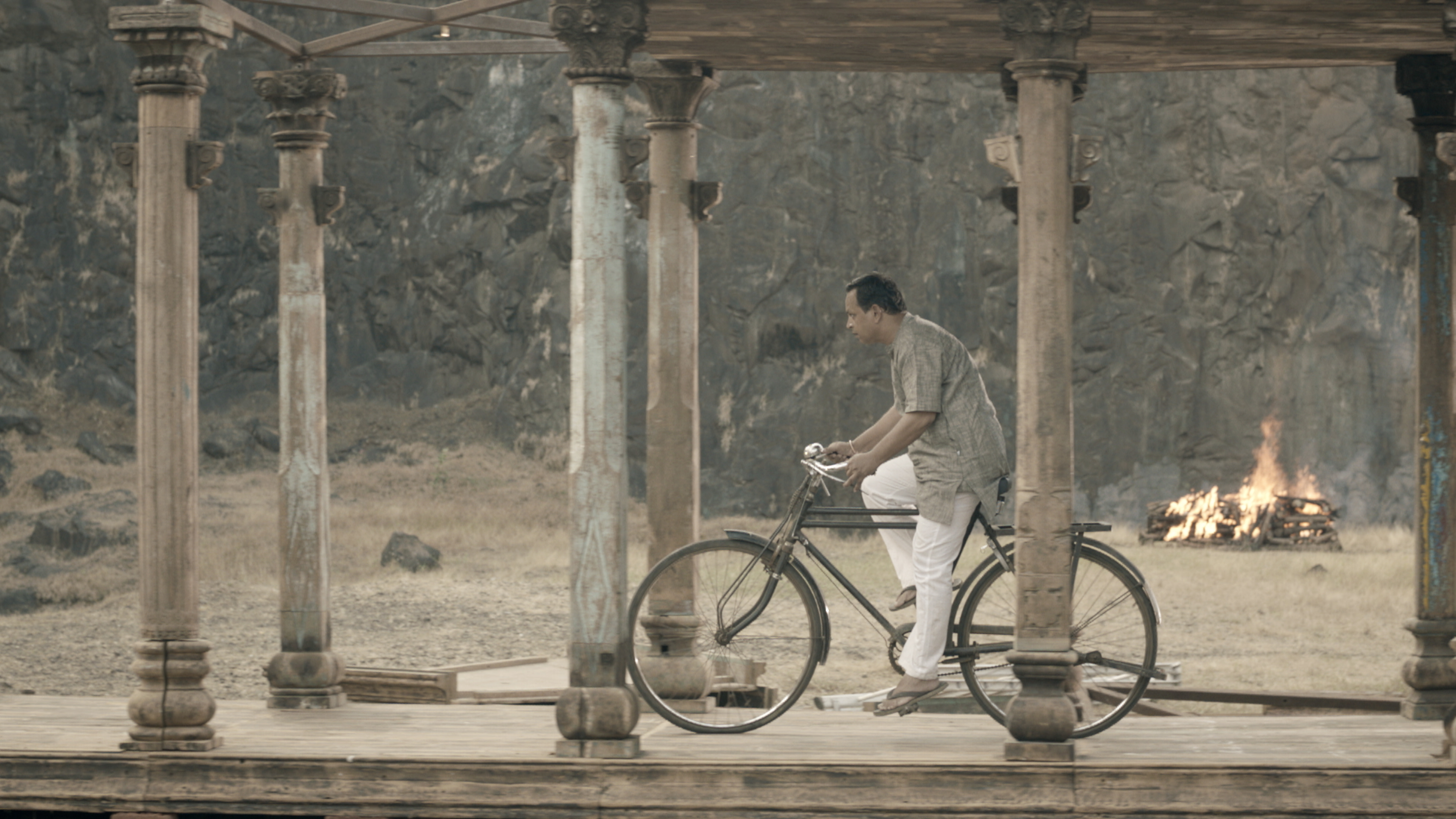