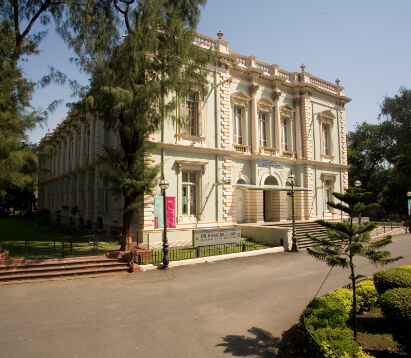 While you stay at home, BDL Museum helps you creatively engage with a vast selection of artworks from our collections and exhibitions. We are running interactive games and stories that reveal interesting historical facts as well as ideas about contemporary art at the Museum! 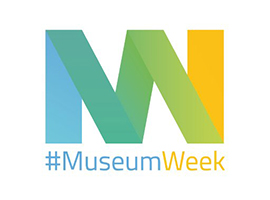 Museum Week is an international social media campaign that began in 2016 as a way to increase awareness about the Museums.

We will share stories from our collection corresponding to daily hashtags for Museum Week 2020. 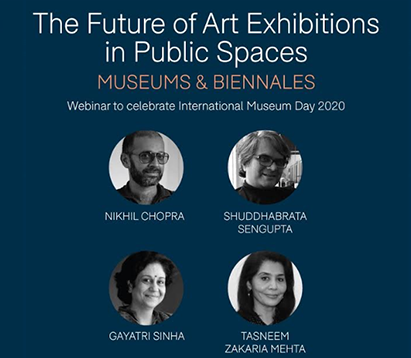 The Future of Art Exhibitions in Public Spaces - Museums & Biennales

Join us for a webinar 'The Future of Art Exhibitions in Public Spaces - Museums and Biennales' on Sunday, 17 May 2020 at 5 pm. Nikhil Chopra, Shuddhabrata Sengupta, Gayatri Sinha and Tasneem Mehta will be in conversation to discuss the future of art exhibitions in museums, biennales, and public spaces in a post pandemic world.
Click Here

His artistic practice ranges between performance, theatre, painting, photography and installation, exploring issues regarding identity, autobiography, and the politics of transformation. Since 2005, the artist has successfully exhibited and performed globally including at Documenta, the MET Museum, Havana & Sharjah Biennales, Yokohama Triennale, New Museum, and Museum of Science & Industry, Manchester.

An artist, filmmaker and writer Sengupta is one of the initiators of the Sarai programme with the RAQS Media Collective. The practice locates them at the intersection of contemporary art, historical enquiry, philosophical speculation, research and theory. The RAQS Media Collective is the artistic director of the Yokohama Triennale 2020. Their works have been exhibited at the NGMA, Delhi, Documenta, Venice Biennale, Istanbul Biennale, Taipei, Liverpool, Shanghai, Sydney and Sao Paulo Biennales. Sengupta was the Keith Haring Fellow in Art & Activism at Bard College, New York (2015-2016).

As art editor, critic, and curator, Sinha’s primary areas of inquiry are gender and iconography, the study of classical texts and media. She has lectured widely on Indian art, including at the Tate Modern, Tate Britain, MoMA, Arken Museum of Modern Art, National Museum and NGMA. Sinha has also edited numerous publications including Voices of Change: 20 Indian Artists (Marg 2010), Art and Visual Culture in India 1857- 2007 (Marg Publications, 2009), and Indian Art: an overview (Rupa Books, 2003). In 2011, Sinha established an online archive for Indian art called Critical Collective which has received much acclaim.

Mehta is an art historian, writer, curator, and the Managing Trustee & Honorary Director of the Dr. Bhau Daji Lad Museum. She spearheaded the Museum's restoration & revitalisation, and has introduced a successful contemporary art programme at the Museum. She is also the Vice President of the MoMA International Council and former board member of NGMA, NID and the Museums Expert Committee, Ministry of Culture, GOI. 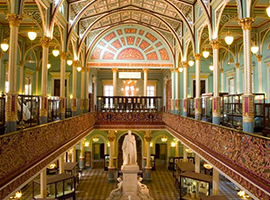 To mark the International Museum Day & Museum Week 2020, the BDL Museum hosted a webinar to discuss the future of art in public spaces with our speakers Nikhil Chopra, Shuddhabrata Sengupta, and Gayatri Sinha, moderated by Tasneem Zakaria Mehta.

It addressed ways in which cultural spaces & institutions will meet artistic and audience demands in the changed environment.

Missed the live discussion? You can still view it on the BDL Museum's YouTube channel! Click HERE 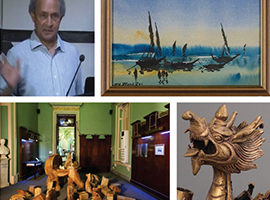 Join us as we explore our past exhibition and discuss their continuing relevance.
Know More

Share your artworks inspired by the Museum objects!
Know More

Established in 1857, the Dr Bhau Daji Lad is the oldest Museum in Mumbai. It is a treasure house of decorative & industrial art objects. The richly designed interiors of the Museum include the encaustic Minton tiles, imported for the Museum in the late 19th century. These patterns, found on the Grand Staircase & the Mumbai Gallery, are a treat for our visitors and are an important part of the city's history.
Know More 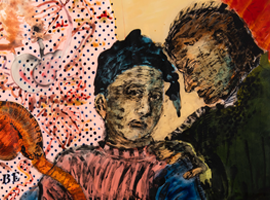 In this exhibition, Nalini Malani explores concepts and concerns that have preoccupied her for decades - notions of oppression and dominance, of freedom and justice. Her art pushes the boundaries of the visual and engages in an optical theatre that is a commentary not only on the present but also on who we are, where we come from and where we are going. As the pioneer of experimental art in India, she creates immersive installations, ephemeral wall drawings, erasure performances, animation chambers and her signature video/shadow plays. Her work questions the profound certainties of life, of society, of experience-persisting 'evidence', which is encountered and felt. In her practice, Malani, as an engaged witness, exerts an artistic pressure on inherited iconographies and cherished cultural constructs.

New at the Museum Shop this month!

New at the Museum Café this month!