The Dr. Bhau Daji Lad Museum opened to the public in 1857 and is Mumbai's oldest Museum. It is the erstwhile Victoria and Albert Museum, Bombay. The Museum building is one of the most important historical sites of the city. It was the first colonial building to be built for the specific purpose of housing a museum. Bombay, then the richest mercantile town in India, was considered the Gateway to the East or Urbs Prima in India, the first city of India, and had the honour of exhibiting to the world the country’s rich cultural traditions.

A little more than a hundred years later, on November 1, 1975, the Museum was renamed the Dr. Bhau Daji Lad Museum in honour of the man whose vision and dedication enabled its establishment. Dr. Bhau Daji Lad was the first Indian Sheriff of Mumbai, a philanthropist, historian, physician, surgeon and secretary of the Museum Committee when it was first instituted.

By 1997, the Museum had fallen into a state of disrepair. The derelict condition in which this extraordinary 19th century building lay resulted in INTACH’s effort to restore the building and objects. A tripartite agreement was signed between the MCGM, the Jamnalal Bajaj Foundation and INTACH in February 2003 and the Dr. Bhau Daji Lad Museum Trust was established for the revitalisation and management of the Museum. After five years of intensive restoration by INTACH, the Museum was reopened to the public on January 4, 2008. The Museum was inaugurated by Mr. Uddhav Thackeray and attended by several city leaders and citizens. 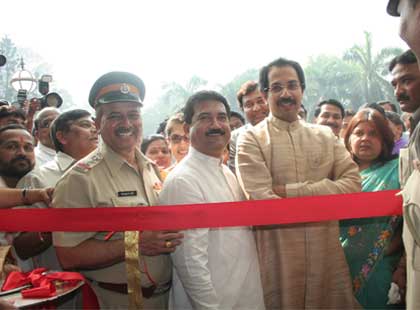 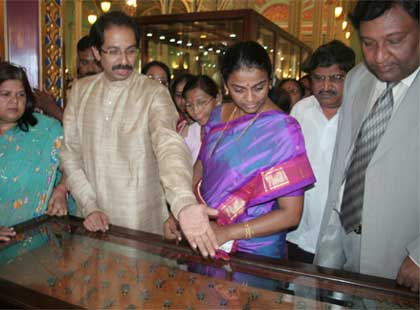 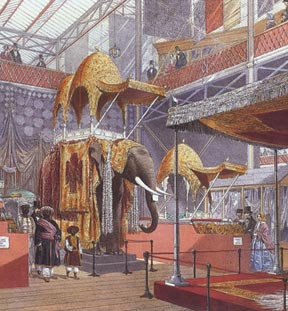 The idea of setting up a museum in Mumbai was mooted in 1850 when preparations were being made for the first ‘Great Exhibition of the Works of Industry of all Nations’ to be held in London’s Crystal Palace in 1851. Prince Albert, the consort of Queen Victoria, wanted to present to the world the industrial arts and crafts of Britain’s colonies and thereby stimulate trade for these products. Duplicates of India’s beautiful arts and crafts that were sent to the Great Exhibition from the Bombay Presidency formed the nucleus of the new museum’s collection. The Museum was established in 1855 in the Town Barracks as the Central Museum of Natural History, Economy, Geology, Industry and Arts.

In 1858, soon after the Crown took over the direct governance of India from the East India Company, a group of public spirited citizens decided that the first important public institution to be built in Bombay would be a museum along with a natural history and botanical garden. 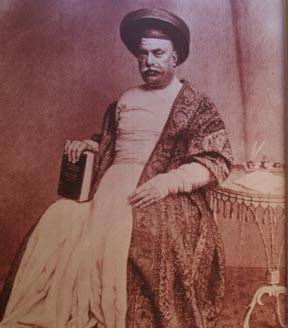 A public meeting was called in the Town Hall to raise funds for the new Museum building which would house the collection and would be dedicated to Queen Victoria. Jugonnath Sunkarsett, one of the prominent merchant princes of Bombay, chaired the meeting which was attended by city patrons from different communities, including Hindus, Muslims, Christians and Parsis highlighting the cosmopolitan character of the city.

Dr. Bhau Daji Lad and Dr. George Birdwood, the two secretaries of the Museum Committee, were charged with raising funds to establish the building and enlarge the collection with the best specimens of ‘Indian manufactures’.

The construction of the Museum building took ten years due to a lack of funds. Dr. Bhau Daji Lad was the most persuasive in urging citizens to donate generously for the Museum and Rs. 1,16,141 was collected from the public. The Government contributed an additional Rs. 1,00,000. 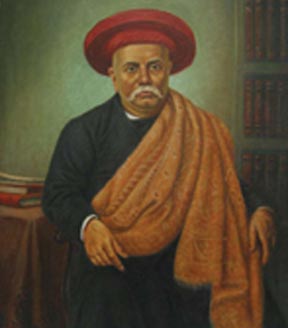 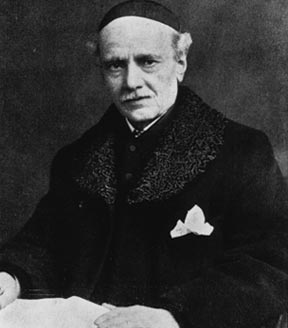 On November 19, 1862, Governor Bartle Frere laid the chief cornerstone of the Museum at a ceremony attended by a large gathering of the city’s elite. On May 2, 1872, the Victoria and Albert Museum, Bombay, was opened to the public. A little more than a hundred years later, on November 1, 1975, the Museum was renamed the Dr. Bhau Daji Lad Museum in honour of the man whose vision and dedication enabled its establishment. 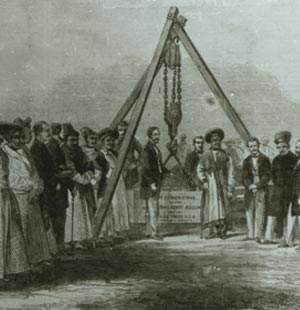 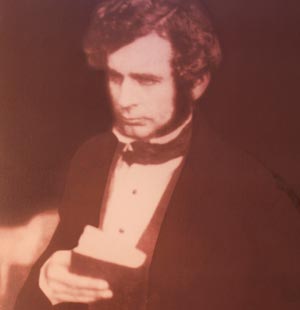 The Museum was fortunate to have among its early curators some of the leading personalities of Bombay whose vision and energy directed its establishment and the formation of the collection. Dr. George Buist was appointed secretary and curator in 1855 by Governor Lord Elphinstone when the Museum Committee was formally established.Dr. Buist was the editor of the Bombay Times and secretary of the Bombay Geographical Society. The Committee was charged with organising the exhibits from the Bombay Presidency to form a collection for the newly established Museum of ‘Economic Products’. A nucleus collection had been put together by Dr. Buist with the duplicates of objects sent to Paris and kept in the Mess Rooms of the Town Barracks. However, many of these were damaged when the barracks were requisitioned for British troops in the 1857 War of Independence.

In 1903, Cecil L. Burns, principal of the School of Art, Bombay, took charge of the Museum. Burns reorganised the Museum collection to make it more appealing to the public. He also embarked on a major effort to rejuvenate the Museum building as it had fallen in a state of disrepair. Burns had three dimensional models and dioramas made that documented life in Bombay, the development of the city and the traditions of its inhabitants that greatly interested the audiences of the day. Changes were made to the collection and display, the stuffed animals were sent Haffkine Institute and the larger archaeological material was handed over to the Prince of Wales Museum.

In 1857, when the Museum Committee decided to put up a grand Museum building, there were no institutional buildings except for the Town Hall which is now the Asiatic Society. For several years, while the Museum building was being constructed, the original collection was housed there. The Grand Renaissance Revival style, chosen for the building was considered the most suitable to showcase the Empire’s might.


The Museum building was conceived to dazzle the citizens. During the efforts to raise funds by public subscription, it was presented as a ‘Hall of Wonder’, as most of the citizens had never seen a museum. The original design was conceptualized by George Birdwood. The design included all the basic features of the building visible today- a long hall, Doric pillars, galleries on either side of the building and large windows for light and ventilation. The design was sent to London for approval, and later modified by the local British PWD engineer to rival the best in the world. However, the engineer died before the plans could be implemented and Scott McClelland & Co. architects completed the plans with further modifications though they retained most of Birdwood’s specifications. 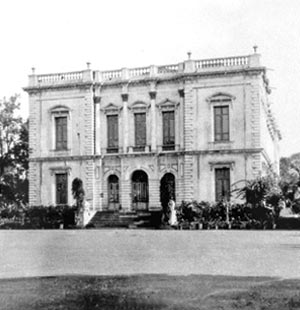 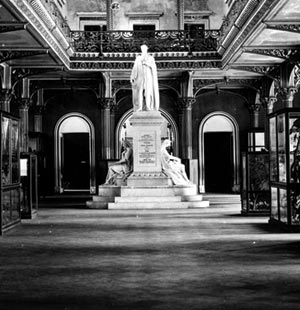 The Museum has a Palladian exterior. The interior is a rare example of High Victorian design in India. The grand wrought iron palisades, staircase railings and arched supports, as well as the Corinthian capitals and columns which are the defining features of the building were imported from England. The richly coloured details, the intricate woodcarving, the Minton tiled floors, the etched glass and gold gilding make it a unique example of 19th century architecture in the country.