The Museum has an active film programme which includes regular public screenings of art videos, documentaries, art house movies and much more. Films are screened at the state-of-the-art Education Centre. 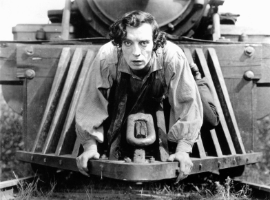 Movies at the Museum | 57th Edition

The General by Buster Keaton

One of the most revered comedies of the silent era, ‘The General’ finds Southern railroad engineer Johnny Gray (Buster Keaton) facing off against Union soldiers during the American Civil War. When Johnny's fiancée, Annabelle Lee (Marion Mack), is accidentally taken away while on a train stolen by Northern forces, Gray pursues the soldiers, using various modes of transportation in comic action scenes that highlight Keaton's boundless wit and dexterity. This film is an inimitable action comedy directed and performed by Buster Keaton who performs hilarious stunts while holding his classic deadpan expression.

The curators of the programmes will be present to introduce and discuss the film.


About Movies at the Museum

Launched on April 3rd 2015, 'Movies at the Museum' is a monthly screening programme, curated by filmmaker and cinematographer, Avijit Mukul Kishore, and architect and urban designer, Rohan Shivkumar. The programme includes films and videos made in different genres – documentary, fiction, animation and visual art. Film, art and academic practitioners are invited from time to time to engage in discussion on their work. The screenings are free and open to the public. 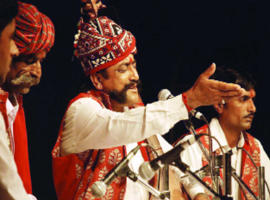 Interweaving the folk music traditions of Kabir with the life and music of the late classical singer Kumar Gandharva, the film journeys between folk and classical, oral and written, rural and urban expressions of Kabir, the film finds moments of both continuity and rupture between these disparate worlds.

Film: So Heddan So Hoddan (with English subtitles, 56 minutes)
Followed by a discussion with the director-duo Anjali Monteiro and K P Jayasankar

The Film is a journey into the music and everyday life of pastoral communities of the Great Rann of Kutch, set against the backdrop of the Banni Grasslands.

Film: Achin Pakhi (with English Subtitles, 67 minutes)
The film screening will be followed by an hour-long performance by Lakhon Da, a Baul singer from Birbhum, West Bengal.

Lalon Fakir (? - 1850) was a unique figure among the Bauls (mystic folks singers) of Bengal. Lalon still has immense popularity on both sides of Bengal, even more than a century after his death. But surprisingly, very little is actually known about Lalon’s life and much of it is shrouded in mystery. The film aims to find Lalon’s persona, his philosophy and tries to explore the lyrical beauty of Lalon’s songs.

Free and open to all

No prior registration necessary. 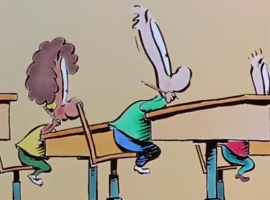 The Museum is delighted to present 'Children’s Film Festival' featuring exciting Canadian animated stories about children and their freedom, rights and values. Join us for these fun and educational monthly film screenings! 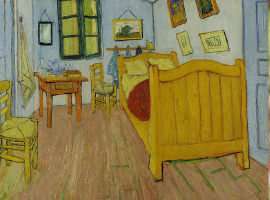 From the Palettes collection by Alain Jaubert


About Palettes Series by Alain Jaubert:
The Palettes series of documentaries explores great paintings throughout the history of art. From the canvas to the type of brush used by the artist, from the historical or individual context of the painting to the characters displayed in its features, each episode uses the finest technology to uncover the endless secrets a work can hide.

The Dr. Bhau Daji Lad Museum, Mumbai
City Museum seeks to serve the community as an Institution dedicated to excellence in culturaleducation through exhibitions and unique visual and intellectual media.